What is so Exciting about Edge Computing? 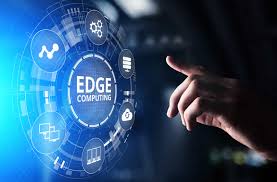 Edge computing is transforming the way data is being handled, processed, and delivered from millions of devices around the world.

It is like a buzzword. Similar to “IoT” and “cloud”, I have been hearing this from many industry experts on YouTube, listening to some podcasts, and even, on occasion, reading articles on this topic. So, I thought to bring in and share some insights related to edge computing.

SO WHAT IS EDGE COMPUTING?

As per the standard definitions, Edge computing enables data stream acceleration, including real-time data processing without latency. It allows smart applications and devices to respond to data almost instantaneously as it’s being created, eliminating lag time. This is critical for technologies such as self-driving cars and has equally important benefits for business.

Edge computing allows for efficient data processing in that large amounts of data can be processed near the source, reducing Internet bandwidth usage. This both eliminates costs and ensures that applications can be used effectively in remote locations. In addition, the ability to process data without ever putting it into a public cloud adds a useful layer of security for sensitive data.

Below is an diagram which would give good picture: 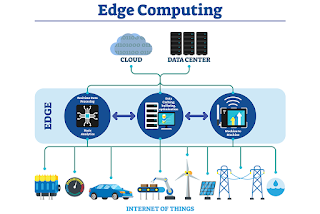 It is awesome right? So this is in short what edge computing provides. Now lets try to understand pros and the cons.

WHAT ARE THE PROS AND CONS?

The biggest benefit of edge computing is the ability to process and store data faster, enabling for more efficient real-time applications that are critical to companies. Before edge computing, a smartphone scanning a person’s face for facial recognition would need to run the facial recognition algorithm through a cloud-based service, which would take a lot of time to process. With an edge computing model, the algorithm could run locally on an edge server or gateway, or even on the smartphone itself, given the increasing power of smartphones. Applications such as virtual and augmented reality, self-driving cars, smart cities and even building-automation systems require fast processing and response.

Security isn’t the only way that edge computing will help solve the problems IoT introduced. Another major breakthrough is the bandwidth savings enabled by edge computing.

For instance, if you buy one security camera, you can probably stream all its footage to the cloud. If you buy a dozen security cameras, you have a bandwidth problem. But if the cameras are smart enough to only save the “important” footage and discard the rest, your internet pipes are saved.

From a security standpoint, data at the edge can be troublesome, especially when it’s being handled by different devices that might not be as secure as a centralized or cloud-based system. As the number of IoT devices grow, it’s imperative that IT understand the potential security issues around these devices, and to make sure those systems can be secured. This includes making sure that data is encrypted, and that the correct access-control methods and even VPN tunneling is utilized.

Furthermore, differing device requirements for processing power, electricity and network connectivity can have an impact on the reliability of an edge device.

Hmm…So basically we have missed thoughts however I see huge benefits from this based on various use cases which we need to implement smartly.

As we talked about an overview about edge computing.

It is basically developing Machine learning models and deploying them near to the device which is under test. Example would be in an manufacturing firm where we develop an machine learning model which is trained on historical data and is deployed closed to the machine to predict whether the machine is in working condition or not based on the data it gathers.

Another example would be usage in financial industry like Face recognition using a model deployed in the edge of an ATM machine enabling contactless/ card-less authentication.

Like what we read about the basic advantages of edge computing i.e. latency, the machine learning models is able to detect the anomalies as soon as possible as it is close to the device.

CHALLENGES WHICH WE SEE:

These devices operate in low power, low compute and low memory. As these are small devices installed in cars, machineries etc. which does not contain the benefits of GPU and TPUs.

AN IMPLEMENTATION USE CASE WOULD BE:

A Smart fridge where we detect the low availability of some essential items, We develop the model outside the working environment and then later deploy this in the smart fridge using embedded devices having low GPU power. The smart fridge camera would then detect the object within the fridge and alert the user accordingly regarding the shortage of items.

Hence there are lot of exciting things about edge computing and its application across various domains.

The main purpose of this article was to give you all a brief on what edge computing is and how it is applied on the world of analytics.

Contabo vs. DigitalOcean | Which to choose? | Honest Review

Can I use blogspot for affiliate marketing to create sales ?

Lead magnet concept in email marketing to grow your business

When to use Affiliate marketing ( and when not to?)