Life depends on evolution, natural selection, and change. It provides meaning to our lives and the world; it helps us stay updated, adjust, and adapt. And that mindset led us to cryptocurrencies based on Blockchain. But what is blockchain? How does it work? Let’s get to know everything about the crypto ledge system.

When you do the payments online, you provide your credit card information. And if you don’t have a credit card, then you may opt for the bank transfer. With the rise of cryptocurrencies, these methods are getting old.

What if I tell you you can do the transactions and many other works without giving your personal information? And you can do it all without the governments, banks, or any third parties. Isn’t it amazing? The answer to ‘how’ is a blockchain!

It’s like a database where you save informational blocks connected together. That’s why we call it Blockchain, the chain of blocks. Things are changing fast and you can even do Android crypto mining on your phones today.

I’ve made this video to help you understand the concept easily:

Keep reading if you want to understand the concept of Blockchain in detail.

Two mathematicians, Stuart Haber and W. Scott Stornetta, first shined the light on Blockchain technology back in 1991. Initially, the goal was to implement a system that would be impossible to tamper with timestamps.

Then, in 1990, Nick Szabo proposed using Blockchain to secure a digital payments system called “Bit Gold.” But no one ever did it, until Satoshi Nakamoto claimed to have invented the first Blockchain and Bitcoin.

So, What is Blockchain?

In simple terms, a Blockchain is a distributed database shared between the nodes of a computer network. It saves information in digital format. Most people heard of Blockchain after they started to look up about Bitcoin.

Oxford Languages define it as a system in which a record of transactions made in bitcoin or another cryptocurrency is maintained across several computers that are linked in a peer-to-peer network.

And here’s the definition of Blockchain by Investopedia:

“A blockchain is a digitally distributed, decentralized, public ledger that exists across a network. It is most noteworthy in its use with cryptocurrencies.”

Blockchain has played a significant part in cryptocurrency systems, ensuring a secure and decentralized record of transactions.

The unique thing that Blockchain brought to the table was that it guaranteed the fidelity and security of a record of data and did it all without the need for a trusted third party.

The main difference between a Blockchain and a database is how they structure data.

The basic steps that a blockchain follows are:

Let’s get to know how Blockchain works in detail.

Also read: How to Mine Ergo Coin on PC

Transaction Process: How Does Blockchain Work?

Blockchain records digital information and distributes it across the network without changing it. It’s the foundation of immutable ledgers that you cannot delete, alter, or destroy. That's why it's also known as “Distributed Ledger Technology” or DLT.

Here’s how it works:

And that’s just it! It seems a complicated task, yet it’s done in minutes with modern technology. And because the tech is advancing rapidly, I expect it to happen faster than ever.

Also read: How to Mine Any Cryptocurrency at Home

A new transaction enters the system. It’s then transmitted to a network of peer-to-peer computers scattered at different locations across the globe. The network of computers then solves equations to confirm the transaction's authenticity.

It’s placed in a block after the confirmation. All the blocks are chained together, making a long chain of the permanent history of all transactions.

How are Blockchains used?

Although Blockchain is a big part of cryptocurrency, it is not the only use. We can use Blockchain for storing data of your transactions reliably. People confuse it with cryptocurrencies like Bitcoin and Ethereum.

Blockchain has already been adopted by Walmart, AIG, Siemens, Pfizer, and Unilever. For example, IBM's Food Trust uses it to track food's journey before reaching its final destination.

Now, to some of you, this might seem a bit excessive. But the reason for tracing food is that the food industry has seen countless outbreaks of E. coli and Salmonella. There have also been cases where some dangerous material has been accidentally introduced into the food.

Tracing and identifying the causes of the outbreak has always been a challenging task that takes time. However, thanks to Blockchain, food is now traced, and companies know exactly where the food truck stopped before making it to its intended location.

This allows them to conclude much faster in case of any health hazards. There are tons of other uses of Blockchain as well.

What is Blockchain Decentralization?

Decentralization makes Blockchain safe even if it’s public. You can easily access it using just an internet connection.

Have you ever been in a situation where you had all your data stored at one place, and that one “secure” place gets compromised? Even if you have never faced it yourself, I can be sure that it does not sound like a scenario you would want to be in.

Blockchain has a way of avoiding this situation. It scatters the information to multiple computers located at different locations in the world. This creates redundancy. If someone somehow manages to delete, modify, or destroy a transaction history from one place, it won't affect the other nodes.

Instead, the other nodes will cross-reference and locate the node with the incorrect information. This is called “Decentralization,” meaning all the information is not stored at a single centralized location.

This causes information and history to be irreversible. So Blockchain is not only a reliable place for transaction history, but we can also use it to hold data. You can also store integral things like legal contracts, state identifications, or even a company's product inventory.

Pros and Cons of Blockchain

Like everything that exists in the world, there are many advantages and disadvantages of Blockchain. In this section, you’ll study them in bullets.

In this section, I’ll answer the most frequently asked questions about blockchain.

Is Blockchain a cryptocurrency?

Blockchain itself is not a cryptocurrency but a technology that makes the crypto phenomenon possible. It’s a digital ledger that records every crypto transaction seamlessly.

Is it possible for Blockchain to be hacked?

To come straight to the point, yes. Blockchain can be theoretically hacked, but a network of users constantly reviews it, making it a complicated task to be achieved.

What is the most prominent blockchain company?

There are many blockchain companies in the world right now. But Coinbase Global currently holds the spot for being the biggest blockchain company with commendable infrastructure, services and technology for the crypto economy.

Blockchain is a technology that is not owned by anyone. It’s a chain of distributed ledgers connected with nodes. And the node can be any electronic device. Thus no single computer or human being can own the chain.

What is the difference between Bitcoin and Blockchain?

What are important cryptocurrencies other than Bitcoin?

There are more than 10000 cryptocurrencies in the world right now. And the number is always increasing. Ethereum, Cardano, Litecoin, Polkadot, and Tether are some of the top crypto coins. Along with them, I love Solana, Avalanche, USD Coin, and Binance Coin.

I hope now you know everything about blockchains and their importance. Because it will be our future, so learn while you can. 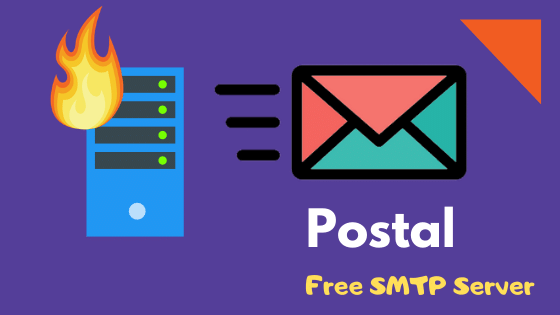 In this Step by Step Guide, I will show you how to set up a Free SMTP server using Postal, the open source SMTP software,… 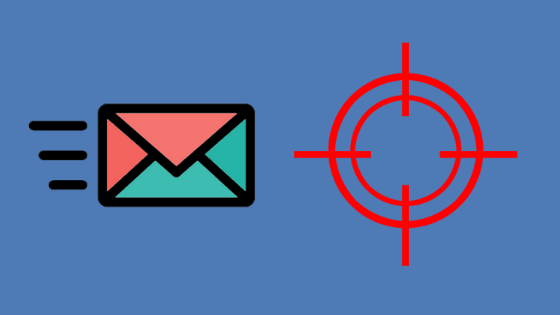 If your recipients never see your emails in their inboxes, then the effort and time you consumed to create and run your email marketing campaigns…

Welcome to my Technical Email Marketing Definitive Guide. In this guide, I will go through all the concepts and topics that you need to understand well… In this SEO checklist on H-Educate, I will leave no stone unturned to help optimize your site for search engines and users alike. Yet you’ll…

Get 85% OFF on all our selected products
Get a Shocking Discount!
Check it out

Get a Shocking Discount!
Get 85% OFF on all our selected products
Check it out